In 2013, Robert graduated from the VU University in Amsterdam in the field of Spatial, Transport & Environmental Economics. Afterwards, he was affiliated with the VU University for some time as an economic researcher. Robert revels in learning as much as possible about a specific subject.

At Viisi, he has the opportunity to delve thoroughly into the financial world, while sharing his knowledge with Viisi’s clients.

In his spare time, Robert can be found regularly on and along the football field of his club Zwaluwen Utrecht 1911. He is also committed to his club off the field, which includes doing stints as a bartender. The other thing Robert likes to do is go out to dinner with friends.

Below are some of Robert’s roles: 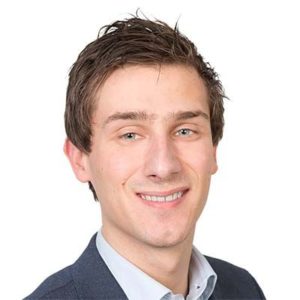 What customers are telling about Robert